You're lying in bed after a job well done, thinking you're at the top of your game. "This couldn't possibly get any better, could it?" you ask. "Of course not," she replies. But there's a look in her eyes that says maybe it could.

Even if she doesn't say there's something missing, she may be thinking it. That's the thing about sex; even when it's great, there's still room for improvement--if not for you, then, just possibly, for her. Sometimes the problem is that she won't tell you what she wants ... or maybe she did tell you but you were a little too involved at the time to pay attention. In the interest of keeping your relationship well heated, we went to four top female "sexperts" to find out what bedroom moves you can make to thrill a woman most--while maximizing your own pleasure as well. Here's what they had to say.

1) Take things slow. "Whenever a woman says she wants things to go slower, take what you think is slower and multiply it by 10. Women often complain that guys work too quickly through the stages kissing, hands on boobs, hands on crotch. The time you spend at each stage should be longer--women want to be teased. Which isn't to say we don't still like the occasional 'grab me in the hallway and do me now' session--just not all the time."

2) Change your style. "Don't assume that because something worked last time--or with your last girlfriend--you should stick with it. Variety is the spice of sex. Don't be afraid to try things and ask her how it feels: more or less, faster or slower, softer or harder. Women aren't always comfortable telling men what they want, so ask her directly and encourage her to tell you."

4) Give yourself a rest. "It's not always true that the longer you last during sex, the happier we women are. We want things to go on a while, but chafing isn't sexy. And just because you start something doesn't mean you can't stop and go back to it. Don't be concerned you'll lose your erection, because you can get it back."

5) Appreciate her looks--and take care of your own. "Always verbally express your appreciation of your partner's body at any given opportunity. Women are vain; we want to hear all the time how beautiful we are. We're also insecure about our physical presence. But you should also take care of your own body--women love a guy who dresses well and stays well-groomed. Both men and women tend to go into cruise control when they get into relationships, but she'll appreciate you even more if you still put effort into your appearance."

Sex and relationships writer Sari Locker is the author of The Complete Idiot's Guide to Amazing Sex.

6) Sometimes she doesn't want much foreplay. "In the course of a relationship, there will probably be times when a woman is turned on and ready without needing a lot of kissing and touching first. How can you tell? If she's eagerly attending to your happy parts more than the rest of your body or pulling you straight into a sexual position, it's pretty clear. If you aren't sure, ask her."

7) Don't assume she'll request what she wants. "Many women are shy about asking for oral sex, but really do want it. If she doesn't ask, give it a try anyway. Kiss your way from her neck all the way down her chest, stomach, and thighs, then go for it. If she likes it, she'll be happy to let you keep going. In the unlikely event that she doesn't, or if she just isn't in the mood, she'll be sure to stop you. Or she may want you to do it for a while, then move on to regular intercourse."

8) Do it in the dark. "Men often say they like to make love with the lights on, and women sometimes find that adds excitement as well. But because so many women have body-image issues, she may feel more open to letting herself go and trying new things in the dark. Rather than feeling as if you're missing something by not being able to see her, enjoy the pleasures that her sense of freedom can bring both of you. And if you want her to feel totally uninhibited, blindfold yourself and let her go wild. You can create a blindfold from anything that's around your bedroom, from your tie or boxers to her silk scarf or tights."

9) Have fun with mirrors. "If she is secure with her body, having sex in front of a mirror or two can be very exciting for both of you. If you don't have a large mirror that's aimed at your bed, you can buy an inexpensive full-length mirror, prop it up against a wall, and have at it on the floor in front of the mirror. This can be much sexier than videotaping, which often creates a fairly unattractive memento of your sexual experience. With mirrors, you can change positions and angles if what you see is not turning you on--it's easy to move around to find an attractive view."

10) Put her in the driver's seat. "In general, female-dominant positions will make you last longer and her climax faster. They also make it easier for you to use your hands, touching all the places that aren't as accessible when you're on top. If she's a 'breast woman,' stimulating them up to and including the grand finale can create electricity that will knock your socks off."

11) Be smooth. "Rough hands can be the sign of a manly guy who doesn't mind physical labor, but they're not what she wants when you're stimulating her more sensitive zones. For that, make sure your hands are clean and smooth--use moisturizer if you need to. Any roughness, or even minuscule amounts of sweat, can leave her feeling sore."

13) Get her motor running in different ways. "Remember this: Foreplay can be many things. It can be anticipation--knowing that you're going to have sex at a certain time, later on, can fuel the fire. It can be something that's physical but not overtly sexual, such as stroking her hair. And women tell me that they never get enough kissing. That's what often gets the motor running; it starts the connection between people."

14) Tickle her ears. "Men are more visual, so they often don't realize that women tend to be more auditory--they need to hear things. If you listen to her, and learn how to talk to her, it's not just romantic but sexual as well. For her, there's no greater aphrodisiac than being listened to. It translates into a feeling of being connected, and connectedness is probably the greatest aspect of a woman's ability to engage in sex."

What Makes for Good Sex? 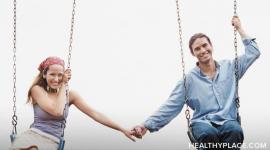 Not Tonight Dear: Getting Better Sleep for Better Sex

Disabled? Discovering Your Sexual Self