Here's how to determine if the sexual dysfunction is from the antidepressant medication rather than from depression.

Sexual dysfunction happens too often but is rarely asked or discussed in the doctor's office. Some physicians and patients feel embarrassed about this subject. When you have concerns, be open to your physician. Discuss the possibility of switching medication to an antidepressant (such as bupropion or mirtazapine) that doesn't significantly impair sexual functioning. Also, talk to your doctor about adding another drug such as bupropion, yohimbine, or even mirtazapine to counteract the sexual side effect. ..

How do you know if the sexual dysfunction is from the pill rather than from depression? If the dysfunction persists despite successful remission of depression, then you should consider other causes such as drug-induced dysfunction or other medical causes e.g. diabetes.

Sexual side effects include decreased sexual desire (libido), erectile dysfunction, delayed ejaculation and diminished orgasm. These effects can last throughout treatment. Selective serotonin reuptake inhibitors (SSRIs) are more likely than other antidepressants to cause sexual side effects, particularly delayed orgasm or inability to achieve orgasm (anorgasmia). Tricyclic antidepressants (TCAs) are more likely to cause erectile dysfunction.

More people experience sexual dysfunction (SD) resulting from antidepressant use than previously thought, according to research presented at the May 2001 American Psychiatric Association annual meeting. The researchers questioned nearly 6300 patients at 1101 United States clinics concerning their use of eight newer antidepressants.

The antidepressants studied were:


Study participants were 18 years old and older, sexually active during the past year, and willing to discuss sexual functioning. Researchers Dr. Anita H. Clayton and Dr. James Pradko note that of all patients asked to participate in the study, 70 percent were willing to do so. Clayton points out that this shows a willingness by patients to discuss sexual functioning with their health providers, if asked. Participants filled out a questionnaire designed by Clayton.

The results of the study showed that nearly 40 percent of people taking these antidepressants experience sexual dysfunction. This number is twice what the researchers had predicted prior to the study. Of the eight antidepressants, , Wellbutrin and Serzone were less likely to cause sexual side effects than Prozac, Paxil, Zoloft and Effexor. Additionally, Wellbutrin was also less likely to cause sexual dysfunction than Celexa and Remeron. Prozac was less likely than Paxil to cause sexual dysfunction. These differences were reported as "statistically significant" by the researchers. According to Clayton, the reason for fewer sexual side effects with Wellbutrin and Serzone is most likely the result of these drugs affecting different receptors in the brain than the other antidepressants.

Coping strategies from the Mayo Clinic 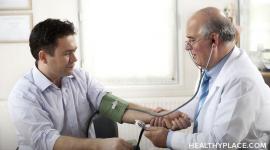 All Sex and Sexuality Articles

Sex and the Older Woman

Telling Others You Are HIV Positive (Your Employer, Your Child's School)