The Hunters and the Farmers

Not too long ago, the typical traits of a person with ADHD were actually advantageous. People relied often on specific skills needed to bring home meat for the nourishment of the family. These skills are still valued today in hunter gatherer societies around the world. Fleetness of foot and strong on sprinting (though short on marathon running), ability to change course instantly, ability to make snap decisions, creativity in plotting the path of capture, ingenuity in devising traps, the ability to monitor the whole situation with global thinking skills, all contribute to a successful hunt. Successful hunters also have an extraordinary ability to hyper focus on the task at hand for hours on end if it is extremely important or interesting. This is often a surprising fact for people who do not understand the full range of ADHD-like behaviors.

Imagine the type of individual who would have first explored and then settled this country long ago. It was not only a strength but a necessity to makeindependent decisions using survival skills in the wilds. Driven by curiosity about an evolving world, a need for physical activity and large muscle activity, and an "every man for himself" mentality, the hunter type flourished.

Ponder just a moment the following question . Where in today's society could someone such as Benjamin Franklin suddenly appear and feel perfectly at home? I would say he would feel right at home in many of our school classrooms. While there are fine schools working to make education relevant to what a child will need as an adult there are many more that teach the way our fathers and their fathers learned. The child sits in the seat and faces a teacher who stands at the front of the room and teaches in a lecture style of teaching, then they often proceed to rote work or worksheets.

With public education aimed straight for the 50th percentile, many children who have ADHD have a need for specialized and novel instruction. We often see them struggling to survive in a world too often devoted to repetitive worksheets, sitting still in a seat, listening to a teacher lecturing at the front of the room. Most people can learn in this environment to the extent they can produce the work expected of them. However, when the emphasis is on rote learning the child with ADHD is often further hampered by short term memory problems and has difficulty attending to tasks that lack novelty. He or she also frequently lacks the social skills that might get him out of a jam gracefully.

The farmer type, who is not bothered by repetitive work or lack of novelty often manages just fine and comes out of the system with a decent education unless they also have a disability that hampers learning the traditional way. There are many farmer type children who also fall off the assembly line because they learn differently. However, they are usually viewed more patiently and positively because they do not lack the social skills or have the impulsive behaviors of a child with ADHD.

The hunter type is wise to be very selective about the field of work he or she chooses. Hunters often choose fields such as airline pilots, policemen, investigators, trial lawyers, advertising executives, entrepreneurs, artists, actors, and musicians. They are wise to go into professions that offer novelty, changing surroundings, lots of movement, a variety of activities, and that offer a challenge. They should make use of their tremendous energy and creativity. There is a strong correlation between ADHD and creativity.

Because their attention wanders easily, hunters can often see a problem from several different directions and arrive at new, unique conclusions. It is not unusual for such people to have a number of careers, sometimes simultaneously.After giving a talk on ADHD, one gentleman approached me and thanked me. He said he had always felt guilty about changing jobs, but after owning a successful business for quite awhile he felttied down and bored. After hearing my reference to Mr. Hartmann's book, he decided on-the-spot (surprising? :-) to consult a therapist and work out what he really wanted to do next in the way of work.

It is important for hunters not to measure themselves by the standards of a farmer society but by their individual strengths. It is also important to choose a profession that showcases those strengths. While hunters need to realize they live in a farmer society there are numerous opportunities for them to succeed. It is important to weigh the strengths and weaknesses and decide where the best fit will be in terms of fulfillment and success.

Many hunters team up with a farmer in work or in a marriage. They seem to know instinctively that they can draw on the great executive functions farmers tend to have to help them stay on task and organized. We on call them to be coaches.

This theory of hunters and farmers is no means meant to put down or belittle the farmer temperament. Farmers are superior at organizing, staying on track, performing all the tasks the hunter is weak at performing. They have important strengths necessary for many fields of endeavor. I think of certain wildly successful trial lawyers who have teams of farmers doing the meticulous research and footwork so necessary in such a field. At the same time, farmers need to recognize the tremendous strengths of the hunter, and value them from early childhood for their potential. They must teach them they way they learn, with methods which have been proven successful for children with ADHD. These strategies are also excellent for all children

APA Reference
Staff, H. (2007, June 7). The Hunters and the Farmers, HealthyPlace. Retrieved on 2023, February 5 from https://www.healthyplace.com/adhd/articles/hunters-and-the-farmers 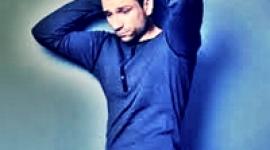 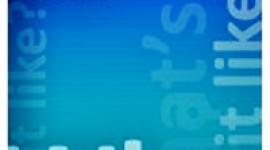 Advice and Insights for Parents of Children with ADHD

Understanding and Recognizing ADHD in Children