a short story for children (and adults too)
by Adrian Newington

One cold Autumn day, Erin heard the sound of rustling leaves and crashing branches outside her window. She jumped onto the couch and stared out of the large lounge room window. She thought to herself, "What a blowy, windy day. Who would want to go out on a day like this?"

It was so warm inside, and so cold and grey outside. Erin felt wonderfully happy and safe in her home. The heater was on and the radio was playing lovely music; cooking smells filled the house from the cake that Mum was baking.

After looking outside for some time in a very intent manner, Erin snuggled up to her Dad and said, "Dad, why do the leaves on the trees have to die?"

Dad put down his book and gave her a cuddle as he began to speak.

"Well little one, the trees have to have a rest you know." He stood up and took her back to the window and continued to talk. "That tree out there spent all summer growing apricots for us, and the tree with the swing on it gives us all that lovely shade on those very hot summer days. They've worked very hard for us darling, they need a sleep too, and very soon, all those leaves will fall to the ground and become part of the soil once more.

When the spring comes again, the trees will find the soil to be rich and healthy from the leaves that fell to the ground. Dad looked at Erin and saw how serious she thought it all was. He looked at her and gave a little chuckle. "Besides," he said, trying to look serious too, "We need the Magic."

"Didn't I tell you? I'm sure I did. You know. About catching an Autumn leaf?"

"You've never told me that before Dad! What happens when you catch an Autumn leaf ?"

"Why, you get a wish!", he said as if it was the greatest known fact of all time. "Are you sure I haven't told you that before? I must have."

"No you haven't, Dad. I promise. Please tell me about it".

"Well!," he said on his way back to his seat, making himself ready for his speech. "It's like this: If you're walking outside, and you see a leaf falling your way, you'll get a wish if you manage to catch it before it reaches the ground. Close your eyes and hold it near your heart and make a wish. After you've said your wish, you must keep your eyes closed and let it continue to fall to the ground".

"Can I wish for anything Dad?" "Yes, you can, but remember, some wishes are better than others."

"What's a kind wish Dad?" "A kind wish is the sort of wish that you would make for someone else."

"What sort of wish would a thoughtless wish be?"

"Well, a thoughtless wish is the kind of wish made by a person who is always thinking of themselves. They're always wanting things; they forget about people."

Erin thought deeply about this and then said, "Dad, would a kind wish be a wish to help someone stop making thoughtless wishes?"

"It sure would be. In fact, I would say that would have to be among the best sort of wishes you could ever wish for."

"And what's a simple wish?"

"Oh, that might be something like wishing to find a lost toy or doll. I wouldn't make a wish like that because sooner or later, lost things like that turn up anyway. Just a little bit of patience would do the same thing"

"Dad, I don't know what sort of wish I should make?"

"You make whatever sort of wish you want darling. Just make the wish that seems good and right in your heart." Erin came close to her Dad and said, "Oh please Dad, can we go and catch some leaves now?"

She came even closer and flashed her deep brown eyes at him and said, "I know Dad, but I've got a very, very important wish to make."

"Very important?" He was surprised by her persistence. "How important?"

"Just the most important of all wishes ever made Dad!"

"Alright, we'll go to the park. Call your brother and we'll leave right away."

Erin was very excited, she could hardly wait, and ran as fast as she could down the hall to get a jacket oaom her room. On her way, she poked her head into her brother's room and cried out very excitedly: "Ryan, Ryan, get your jacket. Dad's taking us to the park to make some wishes!"

Ryan came out of his room wondering what all the fuss was about. Dad put on his coat and said to Ryan, "Coming to the park mate?" Erin came rushing out of her room and began talking to Ryan.

"Come on Ryan, get your jacket on. Don't be a slow poke. I'll tell you everything when we're in the car".

Ryan was very puzzled, but he put his jacket on as fast as he could and got into the car. Just like a wise old owl; acting as if she was an expert on wishes. Erin told Ryan the story exactly as her Dad had told it.

Soon, they arrived at the park. Dad parked the car, and the children ran out as fast as they could. There were big trees and small trees, trees with golden leaves, trees with red leaves, and the wind was blowing them everywhere. Ryan ran through a pile of dead leaves; kicking and scattering them, having a great time.

"Dad! It sounds like I'm walking through cornflakes," he shouted.

The three of them picked up handfulls of leaves and began throwing them at each other. After a time, everybody had bits of leaves in their hair and down their shirts. Suddenly, Erin remembered what she was here for. "Come on Dad!", she said excitedly. "Look over there, look at all the leaves coming down from those trees!

Ryan and his Dad followed Erin to some tall trees. Erin stretched her arms up as high as she could; running here and running there, but she found it very hard to catch any leaves at all.

"Dad, it's like the leaves don't want to be caught."

"Oh, not really love. I think they are just making you earn your wish. Don't try to catch them all. Concentrate, keep your eye on one leaf all the time. Don't be distracted, don't look away, keep reaching out."

Soon Erin, Ryan and Dad had all caught their leaves. Erin made her secret wish, Ryan made his secret wish, and even Dad had his own special wish. When everyone was ready, they all got back into the car and made their way home. It was a strange journey, no-one talked very much because they were all thinking about their secret wishes, but Erin broke the silence by being first to speak.

"Who gives us the wish Dad?"

"We do!", said Dad so very calmly. Erin and Ryan looked at each other quite confused.

"How ?", came a long stretched out reply from Erin.

Dad stopped at the traffic lights and looked around to her with a smile and said, "By believing"

Erin returned a little smile to her Dad as her breath was gently taken away by his words.

I wonder what their secret wishes were?

What would be your secret wish?

The Concept of 'The Now' 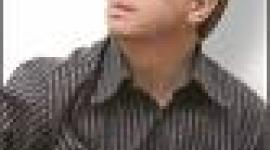 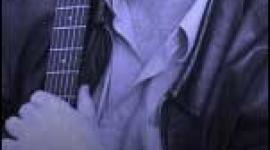 Finding Spirit In the Doing