Why is Wellbutrin prescribed?

Wellbutrin, a relatively new antidepressant medication, is given to help relieve certain kinds of major depression.

Major depression involves a severely depressed mood (for 2 weeks or more) and loss of interest or pleasure in usual activities accompanied by sleep and appetite disturbances, agitation or lack of energy, feelings of guilt or worthlessness, decreased sex drive, inability to concentrate, and perhaps thoughts of suicide.

Unlike the more familiar tricyclic antidepressants, such as Elavil, Tofranil, and others, Wellbutrin tends to have a somewhat stimulating effect.

The drug is available in regular and sustained-release formulations (Wellbutrin SR).

Most important fact about Wellbutrin

Although Wellbutrin occasionally causes weight gain, a more common effect is weight loss: Some 28 percent of people who take this medication lose 5 pounds or more. If depression has already caused you to lose weight, and if further weight loss would be detrimental to your health, Wellbutrin may not be the best antidepressant for you.

How should you take Wellbutrin?

Take Wellbutrin exactly as prescribed by your doctor. The usual dosing regimen is 3 equal doses spaced evenly throughout the day. Allow at least 6 hours between doses. Your doctor will probably start you at a low dosage and gradually increase it; this helps minimize side effects.

You should take Wellbutrin SR, the sustained-release form, in 2 doses, at least 8 hours apart. Swallow Wellbutrin SR tablets whole; do not chew, divide, or crush them.

If Wellbutrin works for you, your doctor will probably have you continue taking it for at least several months.

Take it as soon as you remember. If it is within 4 hours of your next dose, skip the one you missed and go back to your regular schedule. Never take 2 doses at the same time.

Store at room temperature. Protect from light and moisture.

What side effects may occur when taking Wellbutrin?

Side effects cannot be anticipated. If any develop or change in intensity, inform your doctor as soon as possible. Only your doctor can determine if it is safe for you to continue taking Wellbutrin.

Seizures are perhaps the most worrisome side effect.

Do not take Wellbutrin if you are sensitive to or have ever had an allergic reaction to it.

Since Wellbutrin causes seizures in some people, do not take it if you have any type of seizure disorder or if you are taking another medication containing bupropion, such as Zyban, the quit smoking aid. If you have a seizure while taking Wellbutrin, stop taking the drug and never take it again.

Do not take Wellbutrin while abruptly giving up alcohol or sedatives, including tranquilizers such as Librium, Valium, and Xanax. Rapid withdrawal increases the risk of seizures.

If you have had any kind of heart trouble or liver or kidney disease, be sure your doctor knows about it before you start taking this drug. It must be used with extreme caution if you have severe cirrhosis of the liver. A reduced dosage may be needed if you have any sort of liver or kidney problem.

You should not take Wellbutrin if you currently have, or formerly had, an eating disorder. For some reason, people with a history of anorexia nervosa or bulimia seem to be more likely to experience Wellbutrin-related seizures.

Do not take Wellbutrin if, within the past 14 days, you have taken a monoamine oxidase inhibitor (MAO inhibitor) drug, such as the antidepressants Marplan, Nardil or Parnate. This particular drug combination could cause you to experience a sudden, dangerous rise in blood pressure.

All antidepressants carry an FDA warning about the possibility of causing suicidal thoughts or behaviors in children, adolescents and even adults. More info on that here.

If you take Wellbutrin, you may be vulnerable to seizures if your dosage is too high or if you ever suffered brain damage or experienced seizures in the past.

Stop taking Wellbutrin and call your doctor immediately if you have difficulty breathing or swallowing; notice swelling in your face, lips, tongue, or throat; develop swollen arms and legs; or break out with itchy eruptions. These are warning signs of a potential severe allergic reaction.

The danger of seizures is greater in people addicted to narcotics, cocaine, or stimulants, and in those using over-the-counter stimulants or diet pills. Alcohol abuse or withdrawal also increases the risk, as does the use of other antidepressants or major tranquilizers. The risk is higher, too, if you are taking insulin or oral diabetes medication.

Since Wellbutrin may impair your coordination or judgment, do not drive or operate dangerous machinery until you find out how the medication affects you.

Do not drink alcohol while you are taking Wellbutrin; an interaction between alcohol and Wellbutrin could increase the possibility of a seizure.

If Wellbutrin is taken with certain other drugs, the effects of either could be increased, decreased, or altered. It is especially important to check with your doctor before combining Wellbutrin with the following:

If you are pregnant or plan to become pregnant, notify your doctor immediately. Wellbutrin should be taken during pregnancy only if clearly needed.

Wellbutrin does pass into breast milk and may cause serious reactions in a nursing baby; therefore, if you are a new mother, you may need to discontinue breastfeeding while you are taking this medication.

No single dose of Wellbutrin should exceed 150 milligrams.

The usual starting dose is 150 milligrams in the morning. After 3 days, if you do well, your doctor will have you take another 150 milligrams at least 8 hours after the first dose. It may be 4 weeks before you feel the benefit and you will take the drug for several months. The maximum recommended dose is 400 milligrams a day, taken in doses of 200 milligrams each.

If you have severe cirrhosis of the liver, your dosage should be no more than 75 milligrams once a day. With less serious liver and kidney problems, the dosage will be somewhat reduced.

The safety and effectiveness in children under 18 years old have not been established.

Although they are more sensitive to antidepressant drugs, older people have responded no differently to Wellbutrin than younger people.

Any medication taken in excess can have serious consequences. If you suspect an overdose of Wellbutrin, seek medical attention immediately. 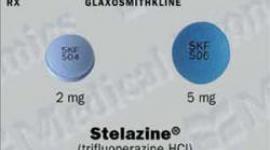 The Importance of Ritual to Mental Health

Attachment-Based Therapy for Parents and Their Children

Why Does Mental Illness Stigma Exist When 1 in 5 Have One?

What does it mean to open up to others and how do you accomplish that?

The word "open" is used a lot. Many of us first heard it when we were very small and someone was hovering over us with…

Are the incidences of celebrities with narcissistic personality disorder higher than that of the general population? A 2006 study by Dr. Drew Pinsky concludes that, as a demographic group, actors…