Drugs and alcohol alter the mechanisms of sleep. Insomnia or hypersomnia, increased sleep, can result from alcoholism or drug addiction. More on alcoholism, drug addiction, and sleep disorders.

Drug addiction is a chronic, often relapsing disease that causes compulsive drug seeking and use despite harmful consequences to the addicted individual and those around them1. Addiction is known to create changes in the brain over time, making the drug use more difficult to stop. People can become addicted to many substances such as:

Addiction commonly produces or exacerbates sleeping disorders due to the way the brain changes during addiction, as well as how the addictive substances act on the brain. Withdrawal from drugs is also commonly associated with sleep disorders.

One of the impacts of addiction is circadian rhythm disruption. The circadian rhythm is the body's internal clock which tells us when to sleep and when to wake. When disrupted, the body begins to sleep at irregular times causing insomnia and other sleep disorders. Addiction often alters this clock by introducing stimulant-class drugs, such as cocaine, at times when the body would normally be asleep, like at night. Drug seeking behavior also commonly takes place at night, creating disruption. Additionally, it is thought the brain changes that occur during addiction directly impact the circadian rhythm.

Some drugs, like alcohol, appear to help improve sleep while actually decreasing sleep quality. Alcohol can initially help a person get to sleep; however, the second half of the night typically has fragmented and disrupted sleep. This appears to be due to the fact that alcohol suppresses REM sleep in the first half of the night causing an unnaturally high amount of REM sleep to occur in the second half of the night. Depressants, like alcohol, are also associated with sleep apnea - known to decrease sleep time and quality. 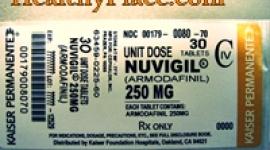 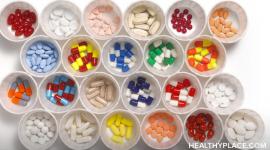 Impact of Mood Stabilizers on Sleep

You're Depressed. Now What?

Balanced Mental Health to Nurture Your Whole Self

Is Mental Illness Always a Factor in Suicide?

Mental Health Stigma Amongst Those With Mental Illness