When asking for help for your ADHD child at school, if you are ignorant of your rights, you may not receive appropriate assistance.

You Call This Help?

As I mentioned earlier, what some school districts, staff and teachers consider help, and what I consider help are two different things. When I asked for help, ignorant of my rights, it took me over 3 months to get a meeting with what the school called a "Child Study Team." I called it "stall tactics."

After waiting over 3 months for the Child Study Team to meet, what I got was a 15-minute "get together" where James' teacher admitted that the child had problems. The school psychologist agreed to make time over the next couple of weeks to "observe" James in his classroom and a second meeting would then be held.

After the second meeting was held, the "child study" team decided that they would observe James for 6 more months and then hold another meeting. What all this observing was going to do, I don't know, but I do know that the 6-month period they set for "observation" put us well past the end of the school year which absolved them of any further responsibilities to my son :(

Despite the fact, I managed to get James diagnosed and placed in therapy during the summer, it wasn't until school started that next year that the worst of our problems would surface. The child study team was no help. It was a new year, child was older, different teacher, etc. Their observations from the year before were no longer valid and they felt, to be fair, they should start over on their observations.

I went to the principal. James was only 6 and still in kindergarten as he had been held back, and the principal in her infinite wisdom decided that you simply do not test children under the age of seven for learning disabilities because their age and maturity level can interfere with the outcome of the tests. Special ed testing was denied and the principal shuffled me off to James' teacher to talk to her about his diagnosis of ADHD.

I foolishly accepted the principal's word, feeling that being a professional, she surely knew of what she spoke. I left her office unsatisfied, but with the feeling that I had done what I could. Ten days later, I would find myself in her office again, with my son representatives of the local police department.

Amidst the suspensions and police reports that were flying around, I was suddenly forced to learn what my child's rights were and what the school's responsibilities were. Special Education Rights and Responsibilities...Know them, Live them, Use them! And don't wait until you're forced to learn them, be prepared! 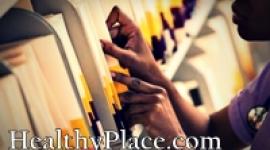 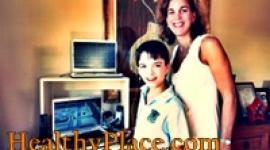 Finding the Right School for Your Special Needs Child