The Impact of Antidepressant Discontinuation on Relapse, Remission, and Mood Episode Cycling in Bipolar Disorder 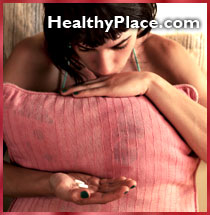 The appropriate administration of antidepressants in patients with bipolar disorder is a challenging clinical problem. Antidepressants can, even in the presence of the administration of an adequate dose of a mood stabilizer, induce mania and cycling. Since there are now several clinical alternatives to antidepressant use in patients with cycling mood, these questions are of great clinical relevance in this difficult-to-treat population. Three studies were presented at the American Psychiatric Association 2004 Annual Meeting that attempted to address these questions.

The current studies were part of a large STEP-BD (Systemic Treatment Enhancement Program for Bipolar Disorder) study being conducted at numerous study sites nationally.[1] In a study by Pardo and colleagues,[2] 33 patients who had responded to a mood stabilizer and adjunctive antidepressant were included. Subjects were openly randomized to either discontinue the antidepressant (short-term [ST] group) or continue on the medication (long-term [LT] group). Patients were rated using the Life Chart Methodology as well as the Clinical Monitoring Form, and they were followed for a period of 1 year. The antidepressants utilized included selective serotonin reuptake inhibitors (64%), bupropion (Wellbutrin XL) (21%), venlafaxine (Effexor) (7%), and methylphenidate (Ritalin) (7%). The mood stabilizers included lithium (Eskalith) (55%), divalproex (Depakote) (12%), lamotrigine (24%), and others (70%).

The findings were as follows:

In a study by Post and associates,[4] 258 outpatients with bipolar disorder were followed prospectively and rated on the National Institute of Mental Health-Life Chart Method (NIMH-LCM) for a period of 1 year. In the second part of the study, 127 bipolar depressed patients were randomized to receive a 10-week trial of , bupropion, or venlafaxine as adjunctive treatment to mood stabilizers. Patients who did not respond to this regimen were rerandomized and responders were offered a year of continuation treatment.

The purpose of a study by Simon and colleagues[7] was to determine to what extent comorbid conditions are linked to the adequate use of mood stabilizers and other pharmacologic interventions. The first 1000 patients enrolled into a large 20-site study on bipolar disorder (STEP-BD) were included in this study. The treatments were rated for adequacy based on predecided criteria for mood stabilizer use as well as treatment of associated specific disorders (eg, attention-deficit/hyperactivity disorder [ADHD], substance abuse, anxiety disorders).

With regard to pharmacologic interventions:

This as well as other studies have noted a high rate of comorbidity among patients with bipolar disorder.[8] Patients with manic depression and comorbid conditions have been found to have higher levels of ongoing subsyndromal symptoms.[9] The findings from this study indicate that these associated symptoms and syndromes are not being addressed adequately by the clinician, and they may not be detecting them at all. Alternatively, the clinician may have concerns about adding medications such as stimulants, benzodiazepines, or antidepressants in someone with bipolar disorder.

Lack of treatment of these associated conditions may lead to significantly poorer outcome. Panic and anxiety, for example, have been associated with increased risk of suicide and violence.[10] Substance abuse has consistently been associated with more difficult course of treatment and worse outcomes.[11] Thus, "treatment resistance" in some patients may not be due to the difficulties inherent in treating the bipolar syndrome but rather to the lack of comprehensive and aggressive treatment of the associated comorbid conditions. Furthermore, a very large proportion of patients (59%) were not receiving adequate mood stabilization and 7.5% were on no psychotropic agents. The lack of adequate treatment of both the mood instability as well as the lack of attention to other associated conditions indicates that a large majority of patients were being treated suboptimally.

Atypical neuroleptics are increasingly being utilized in the treatment of bipolar disorder as both stand-alone agents as well as adjunctively. Weisler and colleagues[12] reported on the long- and short-term effectiveness of ziprasidone as an add-on agent. A total of 205 adult inpatients with bipolar I disorder, most recent episode manic or mixed, who were being treated with lithium were randomized to receive ziprasidone or placebo. Subjects were given 80 mg on day 1 and 160 mg on day 2. Doses were then adjusted to between 80 and 160 mg as tolerated by the patient. Significant improvement was noted as early as day 4 compared with placebo, and the improvement continued throughout the 21-day period of the acute study. A total of 82 subjects continued in a 52-week open-label extension study, and continued improvement occurred on several measures through the extension period. There were no increases noted in weight or cholesterol, while mean triglyceride levels dropped significantly. Thus, employing this atypical agent early in treatment is helpful in accelerating the response time.

Body Weight and the Impact of Mood Stabilizers

A study to evaluate weight changes and their negative effects on patient compliance and the effective treatment of bipolar disorder was presented by Sachs and colleagues.[13] Weight gain is a specific area of concern for both clinicians and patients. Previous studies have shown that weight gain is associated with lithium, valproate, carbamazepine, gabapentin, and olanzapine. This study focused on the use of lamotrigine and its effects on maintenance treatment of bipolar I disorder utilizing data from 2 studies of bipolar disorder I patients who recently experienced a depressive or manic episode. Patients were enrolled into 1 of 2 different protocols. Each protocol consisted of an 8- to 16-week, open-label study where lamotrigine was added to the "existing psychotropic regimen prior to gradual transition to lamotrigine monotherapy."

This study showed that lamotrigine patients lost an average of 2.6 kg over the 18 months of treatment while patients treated with placebo and lithium gained 1.2 kg and 4.2 kg, respectively. Other results showed no statistically significant differences between lamotrigine and placebo in the number of patients experiencing >/= 7% weight change, >/= 7% weight gain, or >/= 7% weight loss. Patients taking lamotrigine experienced a > 7% weight loss (12.1%) compared with patients taking lithium (5.1%; 95% confidence interval [-13.68, -0.17]). Patients taking lamotrigine stayed in the trial for longer periods of time, increasing the chance of observing differences in weight in the lamotrigine group (lamotrigine, lithium, and placebo treatment groups: 101, 70, and 57 patient years, respectively). Lithium patients experienced statistically significant weight changes from randomization at week 28 compared with the placebo group (lithium: +0.8 kg ; lithium placebo: -0.6 kg). Statistically significant differences between lithium and lamotrigine were seen at week 28 through week 52 (lamotrigine: up to -1.2 kg; lithium: up to +2.2kg). This study concluded that patients with bipolar I disorder taking lamotrigine did not experience relevant changes in weight.

Bipolar Disorder and the Burden of Depression

A study by Fu and colleagues[14] was conducted to examine the frequency and economic burden to a managed care payer of depressive and main episodes in a bipolar population. Utilizing claims data between 1998 and 2002 for bipolar patients (ICD-9:296.4-296.8), episodes of care of depression and mania were characterized based on ICD-9 codes. Using t-tests and multivariate linear regression, these were compared with outpatient, pharmacy, and inpatient costs. Data were taken from a large US managed care database with medical and pharmacy administrative claims data from more than 30 health plans. Samples were gathered of 1 or more claims for bipolar disorder for patients aged 18-60 years with no comorbid diagnosis of epilepsy (ICD-9: 345.xx) with a continuous enrollment of at least 6 months prior to first episode and 1 year after the start of episode. Episodes were defined as started by the first claim for bipolar disorder preceded by a 2-month period without any bipolar-related healthcare claims and ended when there was a gap of greater than 60 days between prescription refills of bipolar medication. Episodes were classified as depressive or manic if more than 70% of the medical claims were related to depression or mania.

A total of 38,280 subjects were included with a mean age of 39 years; 62% of subjects were female. More than 70% of resource utilization was accounted for by hospitalizations and outpatient visits. The length of stay for mania (10.6 days) was higher (P < .001) than for depression (7 days). A total of 14,069 episodes were defined for 13,119 patients by applying continuous inclusion criteria and an episode definition algorithm. Episodes of depression occurred 3 times more frequently than manic episodes (n = 1236). Average outpatient ($1426), pharmacy ($1721), and inpatient ($1646) costs of a depressive episode were compared with outpatient ($863 [P < .0001]), pharmacy ($1248 [P < .0001]), and inpatient ($1736 [P = 0.54]) costs for a manic episode. It was shown that the cost of a depressive episode ($5503) was approximately double the cost of a manic episode ($2842) after controlling for age, gender, site of visit, and healthcare costs prior to the start of the episode. Bipolar depression appears to be a greater burden than mania. The prevention or delay of bipolar depression could result in cost savings to managed care providers.

Because bipolar disorder is a recurrent and cyclic disease, early prediction of subsequent episodes is essential for optimal treatment. In a study by Tohen and associates,[15] a post-hoc analysis was conducted based on the pooled data from 2 bipolar maintenance studies. A total of 779 patients who were in a state of remission from manic or mixed episodes were followed for up to 48 weeks. Patients were treated with olanzapine (n = 434), lithium (n = 213), or placebo (n = 132) after completion of an acute open-label treatment study comparing lithium monotherapy with olanzapine-lithium combination therapy. There were several predictors of early relapse, including a history of rapid cycling, a mixed-index episode, frequency of episodes in the previous year, age of onset younger than 20 years, family history of bipolar disorder, female gender, and the lack of a hospitalization in the past year. The strongest predictors were a history of rapid cycling and a mixed-index episode. The identification of risk factors might help the clinician to identify those individuals most at risk for relapse and aid in the development of early intervention strategies.

A Decade of Pharmacologic Trends in Bipolar Disorder

There have been many new treatments for bipolar disorder introduced in the past decade. The most important development has been the introduction of numerous atypical agents and the numerous studies documenting their effectiveness. A study by Cooper and colleagues[16] looked at the trends in medication use between 1992 and 2002. Data were derived from a pharmacy prescription database of 11,813 patients. The findings were as follows:

The overall trend indicates that mood stabilizing is still the mainstay of treatment; the atypical agents are becoming much more accepted as integral to the treatment of the bipolar patient. 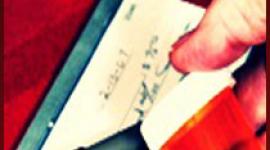 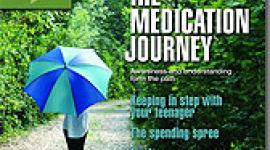 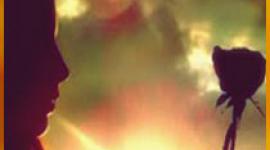 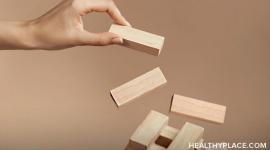