Doubt is thought's despair; despair is personality's doubt. . .;
Doubt and despair . . . belong to completely different spheres; different sides of the soul are set in motion. . .
Despair is an expression of the total personality, doubt only of thought. -
Søren Kierkegaard

My name is "Rick". I'm 35 years old and have had OCD since as far back as I can remember. Each OCD form would end only to be replaced by another form. One of the early forms involved praying. I would say my prayers at night, make a 'mistake', say them again, make a 'mistake', etc. This would go on for a couple of hours and then I'd fall asleep and wake up and have to make up for the night before. The result would be that I would say the prayer to myself when I was with my childhood friend, make a mistake, say it again, etc. I would spend a large part of the day saying these prayers to myself. When that form finally went away, it was replaced by another one.

I went through very terrible forms of OCD as the years went by:

OCD cost me a job and a marriage. I never went to get help until I developed severe panic disorder -- I had some weird stress reaction at a party and things went downhill. I got to the point where I couldn't work, go out of the house, etc. A co-worker's wife is a doctor and she convinced me to go to a psychologist whom she went to when she developed severe post-partum depression. At that point (5 1/2 years ago) I didn't have a choice -- I couldn't sleep, couldn't go out of the house, etc. I went to him and went on a program of cognitive behavior therapy, medication and, very importantly, meditation. The meditation was key. I had started meditating when I was going thru the worst of the panic disorder - I always knew that, from what I read, it would help me but I never gave it a try. When I started, I started doing both Tibetan Buddhist and Zen Buddhist meditation. I had also been reading the book, A Course in Miracles, which appealed to me because it was the Zen stuff using terms that I had grown up with (but which were used in a very different way and was in sync with my atheistic/agnostic thinking). Anyway, I felt that I had hit rock bottom and got into the meditation very strongly. I decided to use the Course in Miracles because I didn't have access to a Zen teacher and felt that its structure was good. I also stayed with the 100 mg Zoloft that the psychologist put me on. And I also used the cognitive behavior therapy stuff -- I would carry the notebook around with me and write whatever thoughts were going thru my mind. If they were distressful, I would write every single thing that was going on and continue until finding a resolution. I found that the writing helped me to become more aware of my thoughts which helped with the meditation. What was so helpful with the meditation was that it chipped away at my ego. I didn't ever want to go back to the panic disorder days so ... I would always make time for the meditation, writing and morning relaxation stuff (I bought these tapes on Panic Disorder from Pathway Systems). I also didn't care who knew (I had lived my life in fear of anyone knowing my weaknesses that I finally decided to be strong by not caring who knew).  I made sure to always be open with people about things that I was feeling and, if I was having a problem with them, to help them help me to resolve it. The meditation stuff also helped me to forgive people -- very important for me because I held lots of stuff against people and would indulge many negative and victim-oriented perceptions. By looking at the ego (which is what Zen and any other similarly-based spirituality has you do), I also would b gentler with myself -- not feel guilty or like I failed if I had 'ego outbursts' or entertained negative perceptions of myself or others. I would, however, try and not let my mind go down the typical roads of negative thinking and negative fantasizing whenever I could. The meditation helped me not to lessen my attachments to people and things -- especially my perception of who I was.

My psychologist, unfortunately, died. I went to another one for a couple of months and then decided that I was ok. Unfortunately, I became a little lazy and complacent and let the tools (meditation, writing) slide. I started getting very attached to my self concept again and feared the loss of it -- something that the meditation helped with immensely. When I look back at the OCD episodes, many of them involved the incredible fear related to the loss of identity and self (which is why I once went through a terrible time being consumed with the fear of death). I've recently had some OCD episodes come up and they're related, in some way, to fear of loss of who I think I am. I've been using some techniques like 'thought interruption' which help. I'm still on 100 mg of Zoloft which I very much think helps me to not go into a seemingly endless OCD thought cycle. I know that serious application of the meditation stuff is needed but I've engaged myself only partially. In the back of my mind are thoughts from the book, The Three Pillars of Zen, and thoughts from a Zen teacher when I went to a Zen retreat. The book describes people's enlightenment experiences -- after having had some minor experiences during meditation, I know that what they experienced is real and would be the end of suffering. The Zen teacher told us that we all think that we're this 'bag of skin' -- that we're this limited self identified by this ego consciousness, etc. And that an experience of what we are as we 'really are' would end suffering.

I see the whole world as suffering. When I've recently begun to see myself as a victim and think why I can't have a 'normal' mind that can focus on tasks w/o obsessive thoughts, I think that maybe this thing can be good. It's made me more compassionate and put me on a path where I can see the reality of suffering. And it allows me to see that regrets in life are again due to my thoughts about what I think I am and what I value. Attaching myself to things that won't last (body, self-identity, abilities, etc.) brings suffering and this I can see most clearly because OCD has forced me to see it. And now I hope that I can use this understanding to motivate me to seek the same enlightenment experience that others have sought and found.

So, in summary, I see lots of truth in 'Life is Suffering'. And I think that OCD allows me to see how this thought system works, far better than if had a 'normal' life. I then see that there is a path to end suffering, if I choose to train my mind. Lately, I have fears and reluctance to do the meditation but I know that I'll get back to it.

I also have seen tendencies in me to use the OCD as part of my identity - I can use it when I want to make an excuse for something or feel special or want to garner attention from my girlfriend. I do not beat myself up over this -- instead, I try and laugh at the silliness of how my ego behaves at times and try and see that crappy behavior in others comes from the same thought system.

I am not a doctor, therapist or professional in the treatment of CD. This site reflects my experience and my opinions only, unless otherwise stated. I am not responsible for the content of links I may point to or any content or advertising in HealthyPlace.com other then my own. 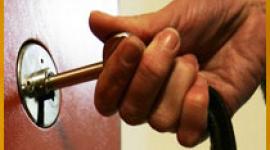 My Obsessively Clean Diary: April and May 2002

OCD Help and OCD Self Help