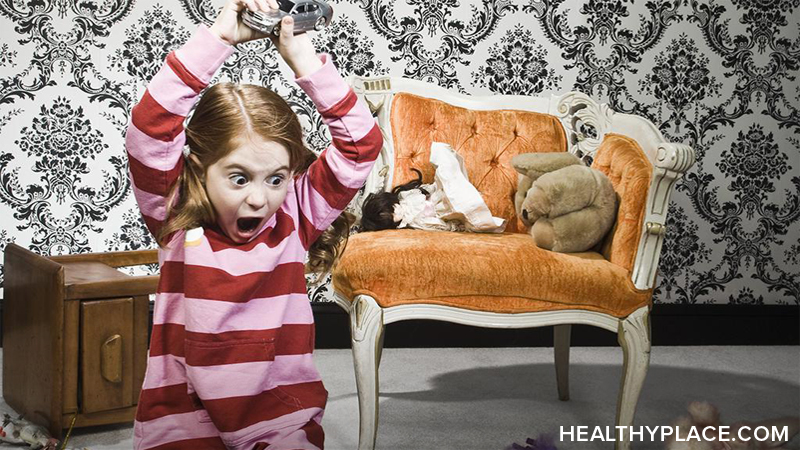 Schizophrenia in children is a rare, but serious mental illness that requires immediate medical attention and treatment. The term, schizophrenia, refers to a mental disorder characterized by delusional thoughts, distorted thinking, auditory and visual hallucinations, and irrational behavior. Since this serious psychiatric illness rarely presents itself in children, medical professionals frequently miss the early signs of the disorder in patients under age 12.

Certain behaviors, sometimes occurring prior to age 7, can hint at the early onset of schizophrenia in children. If your child persistently complains of hearing voices that speak negatively to him, voices talking to one another about him, or stares at things he finds frightening that are not actually there, make an appointment with his pediatrician for a consultation. Subsequent assessments may end up indicating that he simply has a vivid and creative imagination and not childhood schizophrenia.

Signs and Symptoms of Childhood Schizophrenia

Most parents shudder at the thought of hearing a diagnosis of childhood schizophrenia for their child. But it’s best to educate yourself, stay informed, and know how to recognize the symptoms of schizophrenia in children. Studies indicate, for both children and adults, that early intervention allows for a stronger recovery and provides greater protection against relapse.

As with many diseases and conditions occurring in children and adults, signs and symptoms for children may differ from those in adults in both nature and intensity. Read the list below, which includes many of the common childhood schizophrenia symptoms:

These represent only the most common signs and symptoms of schizophrenia in children. You may observe other abnormal and irrational behaviors and ideas coming from your child. Make a list with times and dates of each incidence.

Causes of Schizophrenia in Children

Although experts don’t have a clear understanding of what causes childhood schizophrenia, research suggests that it develops in a similar way to adult schizophrenia. Researchers remain puzzled as to why this devastating brain disorder develops early on in some people, but not in others.

Imbalances of important brain chemicals, called neurotransmitters, may play a role in the early onset of schizophrenia. Experts aren’t sure whether slight brain structure differences seen in imaging studies; conducted on people with the disorder, hold any significance.

Genetics and environmental factors most likely play a significant role in the early onset of schizophrenia. But even without knowing precise causes, researchers believe certain risk factors for schizophrenia may increase the risk of childhood-onset schizophrenia.

Treatment options for children with schizophrenia have improved considerably in recent years. Physicians and mental health experts take a multi-faceted approach to treat schizophrenia in children and teens. A combination of medications, individual and family therapy, and specialized school programs result in better recovery outcomes for children and adolescents.

The medications used in the treatment of schizophrenia in children and teens belong to a class of drugs called antipsychotics or neuroleptics. Depending on your child’s medical history, the severity of symptoms, age of onset and many other factors, the attending physician will determine whether to go with traditional varieties of these drugs or use the newer, atypical antipsychotics. A psychiatrist who specializes in children and adolescents will prescribe the medications he or she believes will work best for your child. The doctor will closely monitor how these powerful medications affect your child.

The newer antipsychotic drugs seem to manage symptoms better than traditional medications and carry a lower risk of the common severe side effects associated with the first-generation antipsychotic medications. The most common side effect associated with these newer medications is relatively significant weight gain. Because of this, the medical staff will watch for signs of insulin resistance. If unchecked, insulin resistance can worsen and result in the patient developing diabetes.

Medication alone will not satisfactorily manage childhood schizophrenia symptoms. The child must take the medication to control symptoms in order to receive the full impact and benefit of individual and family psychotherapy interventions. Multiple research studies show that this multi-faceted approach greatly increases the possibility for recovery.

Family psychotherapy educates the patient’s family members about the disorder, how to cope with the illness, including what to do when symptoms intensify. The family therapy team will often provide access to professional care providers that can help during times of crisis.

Individual psychotherapy will help your child develop basic social skills necessary to interact effectively with others. They may also include adjustments to educational programs and cognitive behavior therapy (CBT) treatment.

Since no cure exists for schizophrenia in children, treatment strategies focus on reducing symptom intensity and frequency. A child with severe symptoms at the onset may need hospitalization until physicians can reduce the intensity and stabilize the patient. The psychiatrist treating your schizophrenic child or adolescent may need to adjust the complex combination of treatment areas to find a balance that works best for your child’s unique needs. 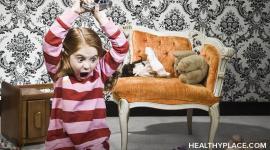