D. THE ROLE OF MYSTICAL EXPERIENCE 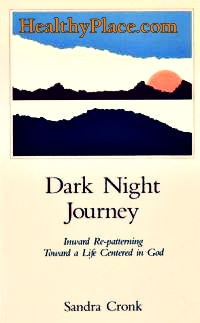 The notion of the Dark Journey or the Dark Night of the Soul appears in many places in the literature of Western religion and philosophy. A comprehensive discussion of this phenomenon from the point of view of Christianity and Quakerism can be found in the wonderful book Dark Night Journey by Sandra Cronk, cited in the Bibliography. When I read her book, years after the crisis I will shortly describe, I could see that major depression is a special kind of Dark Journey, comprising most, but not all, of the elements she describes. Reading her book thus gives extra insight into a depressed person's struggle for survival. And, perhaps surprisingly, lessons learned in the survival of severe depression can actually give back new insight into the meaning of the Dark Journey.

The story that follows is true. I slipped quickly into major depression in September of 1985. By December, I dropped very suddenly into a suicidal state. In early January, 1986 I went home one afternoon to pull the trigger. But my wife had already removed the gun from the house, and my plan was thwarted. Being incapacitated to the point I could not immediately come up with another plan, I was stuck, and I simply stumbled forward as well as I could.

Somewhere during the end of January or early February, my wife and I had lunch near campus. In walking back we parted company to go to our respective offices. It was snowing moderately. I went along for a few steps, and on impulse turned around to look at her going away. As she moved further along her path, I watched her slowly disappear into the falling snow: first her white knit stocking cap, then then her light-colored trousers, and finally her dark parka; then ... gone! In an instant I felt a tremendous pang of loneliness, a tremendous sense of loss and emptiness as I found myself asking "What would happen to me if she were suddenly gone tomorrow? How could I stand it? How would I survive?'' I was stunned. And I stood there in the falling snow, not moving, attracting attention from passers-by for several moments. Then suddenly I "heard a voice'' in my mind asking me "What would happen to her if you were suddenly gone tomorrow?" Suddenly I understood that those same terrible questions would be hers if I were to kill myself. I felt like I had been hit with both barrels of a shotgun, and I had to stand there quite a while figuring it out.

What I finally understood is that my life isn't really "mine''. It belongs to me, sure, but in the context of all the other lives it touches. And that when all the chips are down on the table, I don't have the moral/ethical right to destroy my life because of the impact that would have on all the people who know and love me. Some part of "their'' life is "attached to'', "dwells within'', mine. Killing myself would imply killing part of them! Suicide is one thing; murder is quite another, and totally unacceptable. And I could understand very clearly that I did not want any of the people I love killing themselves. By reciprocity I realized that they would say the same of me. And at that moment I decided I had to hang on as long as I absolutely could. It was the only acceptable path forward, despite the pain it would bring.

I feel that this insight provides an irrefutable answer to the question posed earlier "just whose life is it, anyway?!'' Obviously it is only my answer (or, more precisely, the answer I was given) to this very hard question.

Some time later, I no longer know exactly when, I experienced a "delayed reaction'' to the event described above. While "part'' of my mind was still bent on suicide, and had to be resisted, in another "part'' of my mind I felt an increasingly strong conviction that I was being protected, sheltered, and that it would all come out all right.} It helped to quiet my worst fears; it offered the faintest breath of hope even though my depression was as severe as ever. I felt that I had been touched. I can't say for sure that it was God who touched me (though that seems like the correct metaphor for the experience); but I know for certain that it was a "force'' of tremendous power, and that the merest touch of it is enough to last a lifetime. I have tried to evoke some sense of what happened in the following poem, written at a much later time.

Unexpectedly
blackness envelops us,
making movement impossible.
Thus begins our souls' dark journey
of isolation, loss, fear.
Only when we lose our false courage,
abandon hope, and turn to You
chastened, in complete trust,
do we feel Your hand guiding us,
carrying us to the center of Grace,
where Light, at last,
burns away our fear of our own mortality.
It is then, for the first time,
that we feel You, become alive.

This is a story. It is not meant for the logician or the philosopher. I know it is not the only conclusion that could one could reach, and that many other things might be said. I offer it to you only as the speck of Light I was able to return with from the edge of my own black canyon. At the time, it sustained me for another seven suicidal months, until effective medication was found. Today, needless to say, I am very glad the events described above carried me through.

This little saga came to a point of completion many years later, in the summer of 1993. In the Boulder Meeting, I was thinking back to 1986/87, and the pure hell I went through then; how painful it was, how crushing and frightening. I found myself asking "Was that a test? Was it punishment? Was it a trial?'' And then I remembered that it was then that I first felt touched (by God's hand?), felt held, guided, carried, protected, even in the deepest, darkest places. So I had to conclude it simply couldn't be a test or punishment; that wouldn't make sense. So I asked again "Why is it given to us to have to travel through such terrible darkness?'' Suddenly I was given the answer! It is a child's answer: so obvious that only a child might ever think of it. It is this: it is in the deepest darkness that one can most easily see light. God's Light; your Inner Light. (As an astronomer let me say something else obvious: If you want to see stars, you don't go out at noon. You go out at midnight. And the darker it is then, the more, and fainter, stars you can see.)

The picture I got is that in our lives, our Inner Light may get obscured, covered over by all kinds of things such as pride, anger, arrogance, greed, betrayal, false belief, illness, pain ... on and on. Eventually there comes the day when we can't see it any more. Then we are lost, yet only we can find ourselves again. But then if we are plunged into great darkness, we have a chance to find that Light again, no matter how faint it may have become. All one needs to do is look! So I was led to the amazing conclusion that the Dark Journey is not a test, a trial, or a punishment, ..... it is a gift! 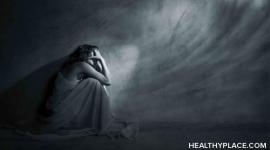 Best and Worst Things to Say to Someone Who is Depressed 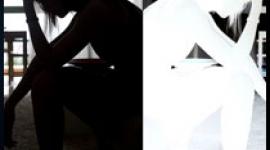 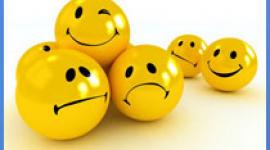 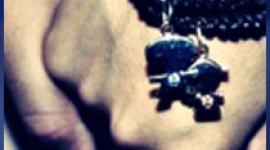 What if I'm Only Getting Some Relief From the Bipolar Medications?

How Can I Help My Bipolar Child?