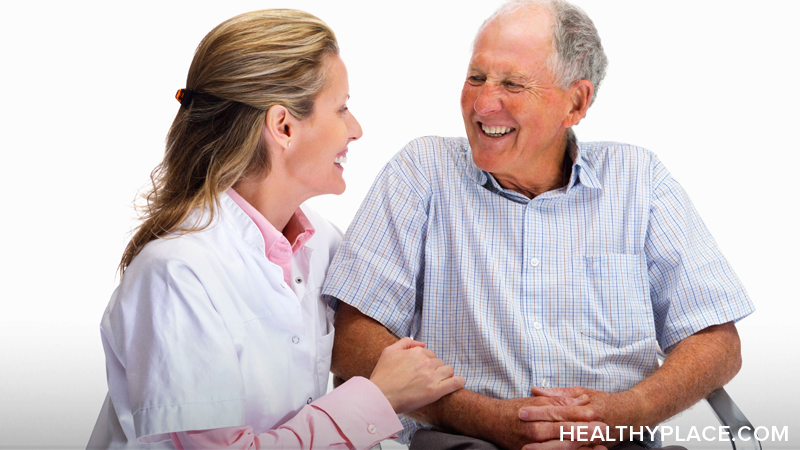 What caregivers need to know about symptoms of mania, medications to treat mania and caring for people with bipolar disorder.

What was once called manic depression or manic-depressive behavior is now called Bipolar I and Bipolar II disorder based on the presenting symptoms. The focus here will be on mania, or Bipolar I illness.

There are three levels of mania, beginning with cyclothymic disorder. This is not considered a major mental illness and there are plenty of people with this condition, who we all think of as very moody, with strong ups and downs. No medication is needed and the individual is able to function in all areas.

The second level of mania is hypomania, which means below mania, and it is more intense, and can be seen by spending sprees, food binging and minor disruption of daily living. There may be some absenteeism from work or school, and the tendency to engage in questionable and impulsive behavior exists. However, it is the degree of disruption of daily life and ability to function that determines the degree of mania.

Full blown mania is a frightening thing to see

While the patient feels confident, attractive and able to perform above and beyond his normal abilities, this false euphoria is the beginning stage of true Bipolar Disorder. Loved ones and family members often mistake this phase for drug use, and manics will describe this as a cocaine-like high.

Typical symptoms of full blown mania include rapid and sometimes violent mood swings, with laughter, crying and even rage. Insomnia is common, and often there is a decline in personal attention to grooming and hygiene, eating and concern for one's physical needs.

A manic may run outside in shirt sleeves or nightgown in a downpour, or may dress in a provocative and exposing way. They may refuse meals stating they will eat later or there is no time to eat, and you may have trouble even expressing your concerns before the patient's attention is directed elsewhere.

As the attention span decreases, the mind continues to race, and the manic likes to think of himself as the most clever and humorous individuals. Frequent jokes with an emphasis on punning and rhyming are classic presentation.

Also typical is a train of thought termed tangential

In tangential thinking, the individual in an acute manic phase will "go off on tangents." If you say "it is raining cats and dogs, you better put on a jacket", the patient will say "dog my cats!" or make reference to the movie "Full Metal Jacket and The Dog Days Of War." While initially entertaining, this rapidly becomes both tiring and exasperating for those attempting to co-exist with the manic patient.

Mania is caused by a biochemical imbalance in the brain, and there is a variety of mood stabilizing medications used in its treatment. The classic medication is lithium carbonate, a naturally occurring salt, which has a narrow range of effectiveness and can be toxic at high dosages.

Another medication, used for both mania and seizure control is carbamazepine (Tegretol). It is the drug of second choice but may be used if there are health problems such as heart or thyroid conditions that may preclude the use of lithium.

Bipolar patients have difficulty seeing that their behavior is out of line or that they can endanger themselves in an acute manic episode. The massive high, which seems abnormal to us seems normal to them, and there is an unfortunate tendency to self medicate or avoid medication whatsoever.

A manic who has been up for days without sleep or proper nutrition is at risk for developing manic related psychosis. Symptoms may include increased vigilance, paranoia, hallucinations such as believing others are whispering about them or are devils. In this phase acute, and frequently locked psychiatric observation and treatment is required.

At this extreme level of mania, it is common to find no therapeutic level of Lithium or Tegretol in the bloodstream. Strong medications called anti-psychotics or psychotropic often are given such as Haldol and Thorazine. The goal is to rapidly reduce the mania, using the above medications, anti-manic medications and sometimes tranquilizers in combination with close observation.

At this level patients cannot safely be managed in the home environment, and may suddenly turn on loved ones or friends. Some hostage situations and murder-suicides have been linked to this extreme and disorienting level of manic behavior.

In the home setting, once regulated on a maintenance dose of medication, it is important to follow the Doctor's stated regime exactly.

Medication side effects such as weight gain and edema can be expected but more severe adverse effects such as tremors, lethargy and a metallic taste in the mouth and vomiting should be reported immediately.

Be alert for increasing euphoria or high energy levels as the patient commonly decreases the amount of medication they are taking or flushes it from the body with abnormal amounts of fluid intake. A loved one who tells you everything is fine and brushes off your concerns is liable to be heading for another full-blown episode.

One way to avoid this is to be vigilant for sudden mood swings, noncompliance with regular lab tests and Doctor's visits, (these help to regulate the safe dose of medication in the bloodstream and will pinpoint non-medication compliance), and return of previously risky patterns.

It is said the patients with a Bipolar I diagnosis are often intelligent but not wise. It is then up to the caregivers to educate themselves, attend available support groups and be alert to help loved ones, and themselves, maintain the highest quality of life. 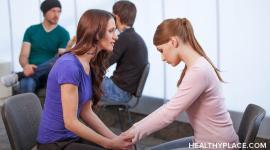 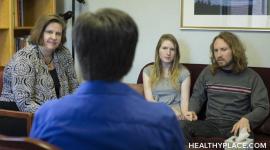 Family Considerations: Effects of Bipolar Disorder on the Family 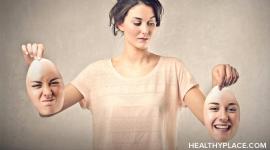 Bipolar Help: Self-Help For Bipolar and How to Help a Bipolar Loved One 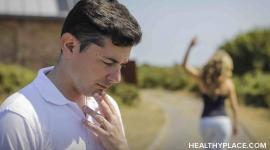 Bipolar I Disorder Symptoms and How They Affect You

Does Exercise Really Make a Difference?