The point that I am making is that our understanding of Codependence has evolved to realizing that this is not just about some dysfunctional families - our very role models, our prototypes, are dysfunctional. Our traditional cultural concepts of what a man is, of what a woman is, are twisted, distorted, almost comically bloated stereotypes of what masculine and feminine really are."

Codependence: The Dance of Wounded Souls   by Robert Burney

Motherhood is a gloriously honorable role - and arguably the most vitally important one that a being can assume in this human dance we are all doing.   It is very fitting and proper that we should honor mothers.   Unfortunately, in a world where women in general are degraded and devalued - and have been for thousands of years - the topic of mothers becomes a very emotionally charged and confusing issue.

How can a society cherish mothers when we don't cherish women?   How can a woman who is not taught to cherish herself teach her children to cherish themselves?

It is somehow appropriate - in a sick, twisted, kind of way - that Earth Day and Mother's Day are so close together.   Civilized society has been raping our mother Earth for as long as it has had the technology to do so.   Women have been raped, not just physically by men, but also emotionally, mentally, and spiritually by the belief systems of civilization (both Western and Eastern) since the dawn of recorded history.


Those belief systems were the effect of planetary conditions which caused the Spiritual beings in human body to have a perspective of life, and therefore a   relationship with life, that was polarized and reversed.     This reversed, black and white, perspective of life caused humans to develop beliefs about the nature and purpose of life that were irrational, insane, and just plain stupid.

As just one small but significant example of this stupid, insane belief system, and the effect it had on determining the course of human development - including the scapegoating of women, consider the myth of Adam and Eve.   Poor Adam, who was just being a man (that is, he just wants to get in Eve's pants) does what Eve wants him to and eats the apple.   So Eve gets the blame. Now is that stupid or what?   And you wondered where Codependence started.

So the reason that the topic of mothers and Mother's day is so emotionally charged and confusing is because women have been wounded so grotesquely for so long.   Because they were wounded, our mothers wounded us.

It is important to honor mothers but it is also vitally important not to deny our feelings about them.   Our mothers betrayed and abandoned us (for most of us this was not a physical abandonment but rather an abandonment in terms of: not protecting us from our wounded fathers; not being able to educate us in the realities of life; etc.), they violated our boundaries emotionally by not having boundaries themselves, they abused us in a variety of ways (whether overtly by taking out their anger and hurt on us either directly or indirectly/passive-aggressively, or by allowing us to see them being abused), and they were our female role models who passed on the stupid beliefs about women and about how women relate to men.

We have not only the right but the duty to ourselves to own our rage at our mothers. If we don't we are not owning and being true to ourselves. That does not mean we have to express that rage to our mothers.   The healing that needs to be done is an internal healing.   We need to heal our relationship with the feminine energy within us, which will lead to a healing in our relationship to the feminine energy outside of us.

Our mothers were wounded - that is why they behaved in ways that caused us to be wounded.   We need to forgive them and have compassion for them.   But it does no good to intellectually forgive them unless we deal with the feelings - unless we release the emotional energy that we are still carrying around.   It is because we are still carrying around that emotional energy that they can still push our buttons.   It is because we have not healed the emotional wounds that Mother's Day brings up so much stuff.

So look on this Mother's Day as an opportunity to get in touch with emotional wounds that need your attention.   Look at the feelings that come up as a gift to help you on your path to a healthier and more loving relationship with yourself.

If you are a mother, look on it as a chance to celebrate the Joy of motherhood and to grieve the pain of not having been given the tools and knowledge that you needed.   You were doing the absolute best you could with the tools you had.   You were being the best mother you knew how to be given your history and circumstances.   Forgive yourself and work on letting go of some of the guilt you are carrying (owning your rage at your own mother is a very important part of letting go of that guilt.)

All any human being in the history of the planet has done is the best they knew how to, with the tools they had.   It is not anyone's fault - it was caused by planetary   conditions that have now changed.   We are living in a glorious new age in which we have been given the tools and knowledge that we need to heal our relationships with ourselves, with our mothers (and fathers), with Mother Earth, and with the Holy Mother Source Energy.   We are now breaking the cycles of destructive behavior that have dictated human existence.   We can now access healing energy and Spiritual guidance that has never before been available in recorded human history - if we are willing to feel and release the rage and the grief, to heal the emotional wounds.

So have a happy (sad, angry, joyful, hurt, whatever it takes,) Mother's Day. 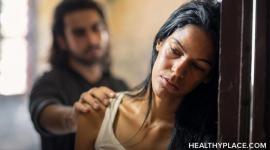 A Prayer of Thanksgiving

Analyzing Feelings When A Relationship Ends

10 Ways to Simplify Your Life

A positive personality can have a significant impact on your success and happiness in life. However, many of us aren't born naturally optimistic. Does this mean we still have a shot at becoming…