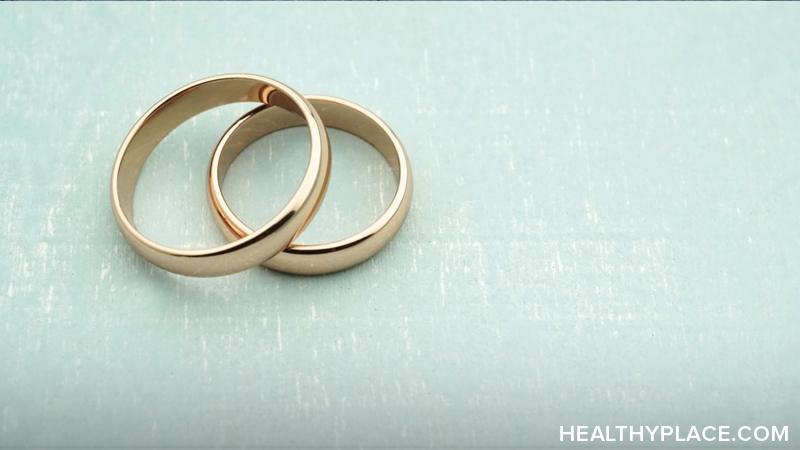 When it comes to bipolar in marriage, you might ask the question: can it ever work? All marriages present challenges, but the issues faced by someone with bipolar disorder and the knock-on effects on their spouse can be especially hard to deal with. Having bipolar in a marriage does not mean the bipolar-affected relationship is doomed to fail, but it does mean you need to take care to protect the partnership. With this in mind, here are some of the common challenges faced by bipolar people in marriage, along with some coping strategies.

People who are bipolar in marriage have many issues to contend with. Not only do they have to manage their own bipolar symptoms and triggers, but they also have to navigate their spouse’s reactions and feelings. Being married to someone who has bipolar also has its challenges, especially during episodes of mania or depression, where the person may act out of character or engage in risky behavior.

Challenges for people who have bipolar in marriage include:

Challenges faced by partners of people with bipolar include:

It's important to remember that people who are bipolar are not ill all the time. In between episodes, there may be periods of stability, when a person's mood is neither "up" nor "down." Bipolar also exists on a spectrum, and many people manage life and relationships just fine when they're engaging in treatment.

What Are the Bipolar Marriage Divorce Rates?

Divorce rates in a bipolar marriage are sobering to read, but it's important to remember that the statistics don't apply to everyone. There are exceptions to the rule, and if you're getting treatment for your illness and being open and honest with your spouse, your marriage has every chance of succeeding.

Bipolar and Marriage: Can It Ever Work?

Bipolar and marriage can work, and there are plenty of couples who can attest to this. However, all relationships are fragile, and the challenges can be severe when one partner has bipolar disorder. With this in mind, here are some tips to help you navigate bipolar in marriage:

Set boundaries: The rules of marriage don’t change because one of you has bipolar disorder. Both of you need to set boundaries around what you’re willing to deal with.

Be supportive: Your support doesn’t have to be unconditional, and you have a right to draw lines around what you deem acceptable. However, you do still need to be supportive and compassionate towards one another. If your spouse has bipolar disorder, encourage them to seek further help or treatment when appropriate, but don’t push them.

Don’t place blame: Whether it’s you or your partner who has bipolar in the marriage, the illness is just that – an illness. It’s nobody’s fault.

Encourage honesty: No matter what, honesty is an important quality of any marriage, and this is especially important when one of you has bipolar disorder. If you have bipolar, make a pact with your partner that although you may need to deny your symptoms or the severity of your illness to others, you will be honest within your marriage. Your partner should be your ally and the best advocate for your mental and physical wellbeing, so they need to know the truth – however hard it may be to hear. 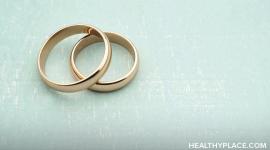 Bipolar in Marriage: Can It Work?
Bipolar Relationships Article References 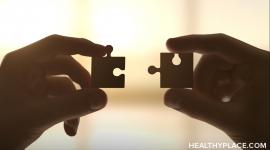 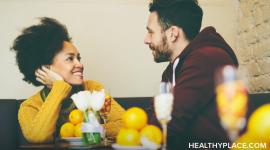 Are Antidepressants Safe and Effective in Bipolar Depression Treatment?