"Man must cease attributing his problems to his environment, and learn again to exercise his will - his personal responsibility. -- Albert Einstein

1) Take Ownership Of Your Emotions

If you're going to work towards happiness, you will need to know who controls your happiness. It's a fairly common belief that a person can make another person feel bad. "She made me angry." "He upset her." "He really pissed the boss off this time."

I am going to challenge this idea and propose that...

You can not, in any way, ever, MAKE someone feel anything.

When I have talked to people about this idea, they inevitably bring up the time when someone had upset them or made them angry. They say to me, "they caused my anger for if they had not been there, and said what they did, I would not have been angry."

I can understand cause and effect in the physical world. I push the pencil and it rolls. I drop a glass and it shatters. But cause and effect don't translate very well into the emotional world.

When someone says something to you, are the words going directly into your brain and switching on your "I'm upset" lever? When someone gives you the evil eye, are they shooting laser beams into your brain pushing your afraid button? When someone makes an unfavorable comment about your hair and you become offended, are they sending invisible "offend waves" causing your response? No, of course not. How can words, sent out as sound waves and picked up by your ears then translate into an emotional response? Is there nothing between those sound waves and your response?


I think people have difficulty understand this concept of responsibility for their emotions because they make no distinction between influence and control.

Terry is Mark's wife. They're having some financial difficulties and make an agreement to hold off on major purchases until they're out of debt. One day while shopping, Terry sees a watch she loves and purchases it for $350.00. When Mark sees the credit card bill, he explodes in anger. "How could you?!?, he screams at Terry, "you know we're in debt!"

What caused Mark's anger? Was it their financial situation? The credit card company? Terry's purchase? The watch? All of the above?

In this particular case, none of them. Mark believes a "good husband" provides well for his family. When the bill for the watch came due, he almost instantly felt bad about himself for not being able to afford such things for her. His belief about what it means to be a good husband gave Terry's action a particular meaning, i.e.: he's not a good husband because he can't afford the watch. He looks for the cause of his feeling bad and sees Terry. He becomes angry at her for making him feel this way.

Terry, their financial situation, the credit card bill, were all influences on Mark's belief about what it means to be a good husband. This is worth repeating. People and circumstances can have INFLUENCES on our beliefs. (The perverbial "He pushed my button.") But YOU have direct CONTROL over what you believe. Who controls what Mark believes? Who else could it be, but Mark. If Mark is the steward of his beliefs, then he has the power to examine and change those beliefs if he so chooses.

Still not convinced? Let's change Mark's beliefs about what it means to be a good husband and see what happens.

Mark no longer believes he has to provide well for his wife to think of himself as a good husband. (He has a list of other things, but providing well isn't one of them.) It's no longer a prerequisite. They're in the same situation, struggling financially, and Terry has purchased the expensive watch. Mark sees the bill.

He doesn't become angry because he doesn't question his value as a husband, but he is curious what happened since he and Terry had agreed to hold off on major purchases. He asks Terry about the bill. As it turns out, Terry had been feeling the desire for some type of luxury in her life. She's been scrimping and saving for three months now and wanted to treat herself. She agrees she's broken their agreement, apologizes and they discuss her feeling deprived. They decide that they will treat themselves to one nice dinner out a month to celebrate their financial restraint.

Claim your beliefs, feelings and actions as your own. Take back the reins of ownership, responsibility, and consequential control that comes with ownership. Let's take that outstretched finger we've been pointing at every one else, and turn it back towards ourselves. Not in blame, guilt or judgment, but for answers and growth.

"We who lived in concentration camps can remember the men who walked through the huts comforting others, giving away their last piece of bread. They may have been few in number, but they offer sufficient proof that everything can be taken away from a man but one thing: the last of the human freedoms - to choose one's attitude in any given set of circumstances, to choose one's own way."


next: 8 Ways To Happiness: Deliberate Intent 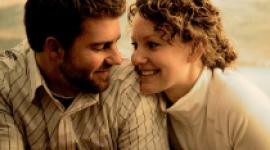 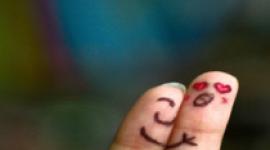 Is What I'm Feeling Infatuation or Love?
You Are Always Doing Your Best 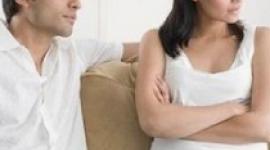 Are You Being Authentic in Your Relationship?

Skills for Dealing with Confrontation

What Is a Healthy Relationship?